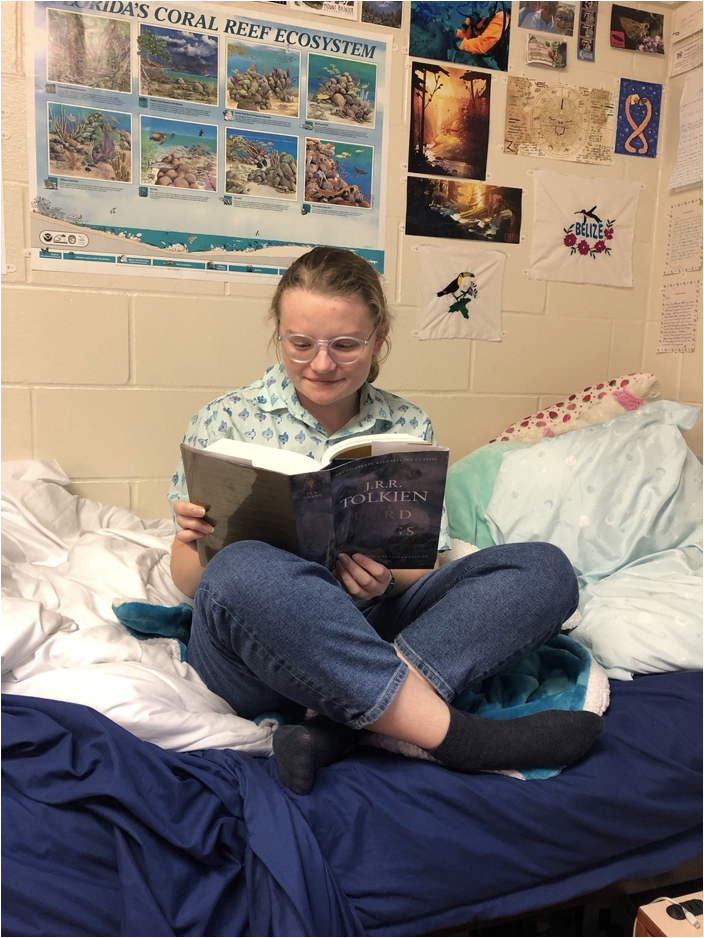 Kira Zautcke is a freshman biochemistry major with a large affinity for conservation efforts. She spent most of her childhood living at Sanibel Island, which she believes molded her passion for environmental awareness and marine life. Her middle school education was centered around marine science. She completed research on sand dollar distributions along Sanibel Island’s coasts and learned about varying marine vessels with the Sanibel Sea School, a non-profit organization dedicated to marine ecosystem edification through a hands-on approach. Kira claims that “the school’s floors were always sandy no matter how much you swept them,” and though it used to be an annoyance to her, she now finds the memory rather nostalgic. She aspires to use her arsenal of knowledge to make learning fun and accessible for students, for she believes that many researchers “have too much fun with acronyms and jargon” that complicate the information.

Her passion doesn’t only rest in marine science but artistic ventures as well. Kira has enjoyed learning how to embroider, crochet, work with resin and make candles. Kira is also an avid painter, though her Hume East dorm room’s lack of ventilation and small size prevents her from creating as often as she would like. Inspired by her admiration for Tolkien’s “Lord of the Rings” trilogy and the “Star Wars” movies, she also loves to write fantasy and sci-fi stories. Alongside these fictional pieces, Kira cherishes the sending and receiving of handwritten letters with friends and family members because, through the ink on paper, she can see the personality of the writers in their mistakes and doodles.

During quarantine, Kira began to collect shells on nearby beaches completely absent of people, where the smaller the shell she could find, the better. Coquinas are her favorites because of their butterfly shape and variability in color. She enjoys filling glass Oui yogurt containers with her findings and decorating them with labels, her conservationist and creative traits coalescing to repurpose old objects.