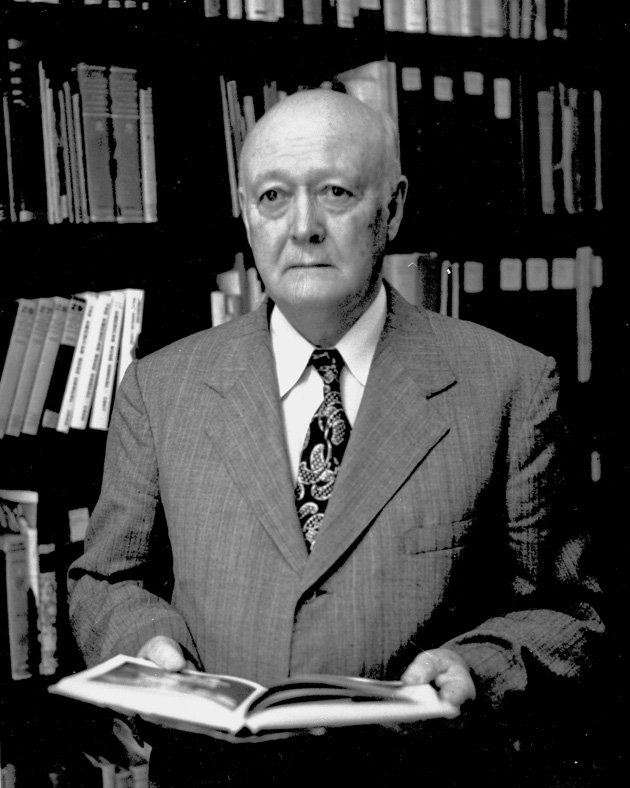 For many UF Honors students, Hume Hall is a home away from home, a haven of late-night study sessions and a place full of fond roommate stories. What’s the story behind a name, though — who is the Hume behind Hume Hall?

Florida Agricultural College, alongside the East Florida Seminary, St. Petersburg Normal and Industrial School and the South Florida Military College, was one of the four predecessor institutions of the University of Florida.

Hume rejoined academic life in 1930, recruited into UF staff as part of a hiring effort caused by a Mediterranean fruit fly agricultural crisis. By then, Hume was already a leader in his field. His research on citrus trees was pivotally shaped Florida’s response to the fruit fly infestation. At UF, Hume was appointed dean of the College of Agriculture in 1938, and five years later, became provost.

According to the documents and general correspondence available in the H. Harold Hume Collection by George A. Smathers Libraries, Hume was an exceptional worker — he often demonstrated passion and leadership in his scientific, educational and administrative pursuits.

This admirable work ethic earned Hume an interim presidency at UF. President Tigert had resigned and his successor had not been selected yet. Hume diligently held the Office of the President for a few months while still serving as provost. During his presidency, Hume was known for spending at least 10 hours each day in his office, balancing his presidential duties with his College of Agriculture responsibilities, according to a UF biography provided by the Office of the President.

“No more loyal professor served our dear Dr. Tigert than [Hume],” wrote Mahoney in a letter after Hume’s interim presidency was announced. “I feel the school was fortunate in [Hume’s] selection.”

Many of Hume’s colleagues fondly congratulated him on his temporary promotion. Some even expressed wishes for the promotion to be permanent.

“I do wish you were going to become president of the University for keeps for I have always had an extremely high opinion of you,” wrote William Wilson, Director of the Florida State Farmers’ Markets, in a letter to Hume.

Hume’s colleagues often commented on his work ethic, humility and considerate nature. Even in times of crisis during his university service, such as the fruit fly infestation and the intense hurricane season of 1947, Hume remained a composed, dedicated leader.

Recognizing his significant contributions to the field of agriculture, botany and horticulture, Clemson University awarded him an honorary doctorate degree. Hume was also named chairman of the Inter-American Institute of Agricultural Science. Hume spent the last years of his life publishing his research; his work is still considered influential in the study of citrus plants, azaleas and camellias.

Over half a century since his passing, Hume is remembered fondly. He served UF for nearly 20 years and made significant contributions to his field for longer than that. He became known as the “Grand Old Man of Agriculture” to his colleagues.

In order to commemorate his legacy, the University of Florida named a residence hall after him. The original Hume Hall was built in 1958, but it was demolished and reconstructed in 2002 as the Honors Residential College. The present-day Hume Hall stands proudly on Museum Road as a testimony to Harold Hume’s profound influence in UF’s history.