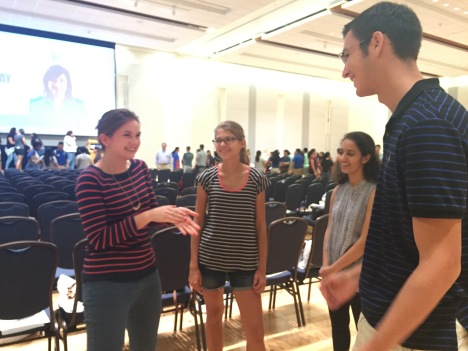 The Honors Involvement Conference, which took place in mid-September, truly exposed Honors Gators to the multitude of opportunities that the University of Florida has to offer. Upon entry to the conference area, a series of footprints led to the Rion Ballroom at the Reitz Union. This set the scene for the theme of this year’s conference: crime investigation. The Honors Ambassadors greeted  every Honors Gator  warmly with a bag that contained a small notebook that read “Top Secret” on its cover, in addition to an itinerary, water bottle, and snack.

The first guest speaker was Dr. Jen Day Shaw, Dean of Students, who emphasized how simple it is to get involved on campus. She also instructed students who cannot find a club that suits one of their interests can make one. Her speech was followed by that of Dr. Mark Law, the Honors Program Director. He spoke in detail about the impact that involvement has on future job opportunities because of the networking resources it provides.

The impact of the Involvement Conference on its attendees was clear. Students rushed to tables after officers from the club spoke at the Community and Volunteering recreational session—namely that of the Dream Team at Shands, whose officer described the emotional impact that the Capes for Kids project has had on the children at the pediatric ward. The anecdotes that officers presented  had a nearly palpable effect on the audience; they granted each organization a personal incentive to join the club. The audience responded with more questions, and once they were allowed to visit the tables, many rushed towards the Dream Team table. 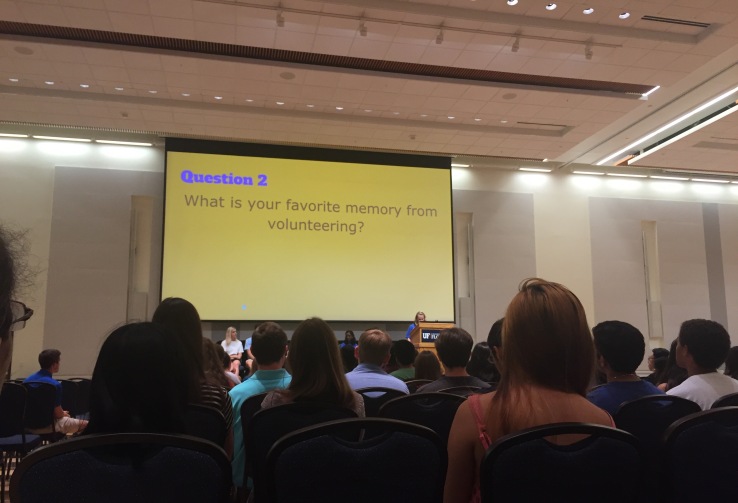 Meg Cannan, a first-year political science and sustainability major shared that she came to the conference because “Seeing that there are over 1000 organizations at UF, it’s hard to have good insight into them. I figured the Honors Involvement Conference would have ambitious clubs that want to help me look for the thing that I want.” After the Arts and Performance recreational session, it was clear that the conference had steered her in a certain direction: “I’m considering taking the leisure arts courses at the Reitz.”

To a lot of Honors freshmen who were heavily involved in student organizations in high school, the vast student body of the University of Florida can be intimidating. The Honors Involvement Conference achieved its goals very effectively, highlighting the best features of clubs on campus that strive to give their members service opportunities, leadership growth, and a sense of belonging.