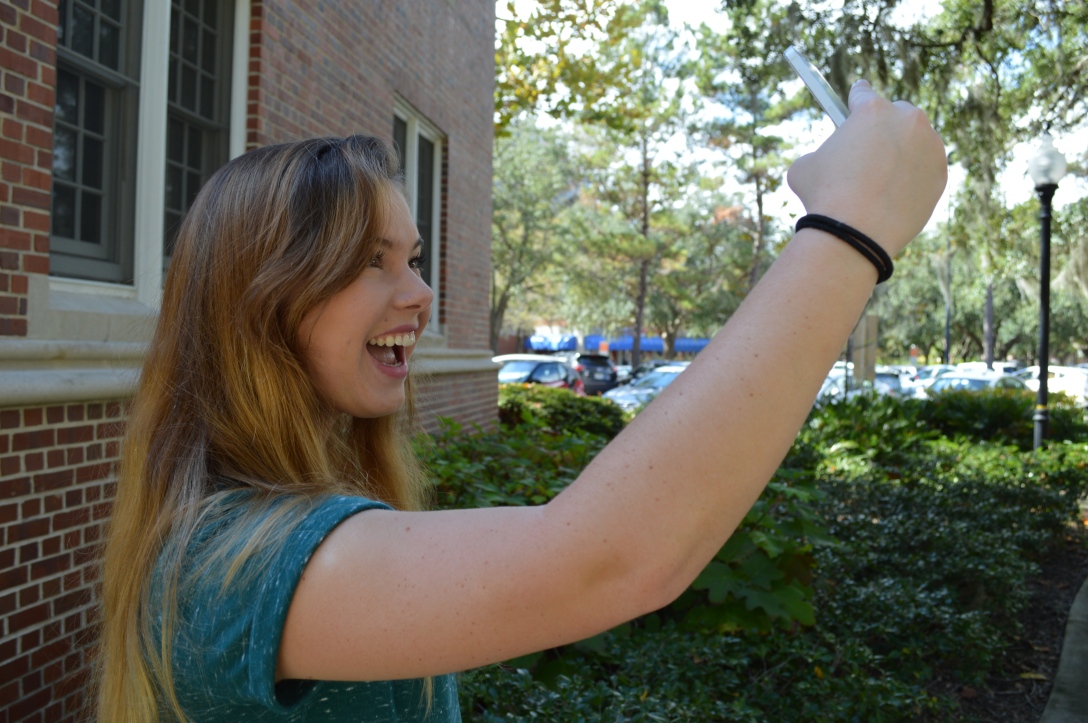 1. an image of oneself taken by oneself using a digital camera especially for posting on social networks

Are you afraid of shark attacks? Most people are. However, it appears that we have more to be worried about than sharks. The ever prevalent selfie has been responsible for more deaths in 2015 so far than shark attacks.

Wikipedia maintains a running list that documents all selfie deaths since March 2014. Many of these deaths occurred due to people standing on unsafe surfaces in order to get “the perfect selfie.” The deaths range from a man who fell into the crater of a mountain to the pilot of a small plane who crashed after being distracted taking selfies. In fact, one tourist fell down the stairs of  the Taj Mahal while taking a selfie!

Even though most selfies are not deadly, there are far too many instances of dangerous selfies.

In August 2014, a fifteen year old boy in the Philippines was critically injured after posing for a picture with a loaded gun and accidentally shooting himself. In July 2015, a San Diego native was hospitalized for five days after being bit while trying to take a selfie with a rattlesnake.

These are just a few instances when people were lucky to escape with their lives.

Often, people are not so lucky.

Dangerous selfies are becoming so common that even governments are having to step in. A Telegraph report from September noted that, at Yellowstone National Park, there have been five instances when selfie-takers were impaled by bison. The incidents have prompted Yellowstone officials to issue warnings to parkgoers to beware of taking selfies with the bison. Russia has even released a campaign to warn of the dangers of selfies after a series of incidents.

The most common incidents have been children being electrocuted when taking selfies from the roof of train cars. The campaign slogan urges Russian youngsters that, “Even a million ‘likes’ on social media are not worth your life and well-being.” The campaign booklet warns of the dangers of taking selfies with loaded weapons, on moving surfaces and near dangerous animals. Furthermore, the interior ministry of Russia has stated that the campaign will also include selfie-safety lessons at schools taught by Police officers.

Be careful when taking selfies! Always be aware of your surroundings and use common sense. The perfect selfie is not worth serious injury or death.