I remember walking into a store one day and seeing the cashier flagging down these three African-American boys and asking them to show her their pockets to make sure they hadn’t stolen anything. That was the first experience I had with discrimination.

What I struggle with personally is having an identity in black culture. When I was 12, I moved here from Nigeria, and all I wanted was to find friends that looked like me and reminded me of home. However, when I got here, I wasn’t accepted by the African-American community. I saw that there was an apparent divide between Africans and African-Americans. I remember one specific incident when two African-American boys ran up to me, picked me up, and put me in the trash can after school hours. Right before running away, they told me to go back to where I came from. That was my first personal experience with black culture in the United States and eventually it stuck with me that maybe I didn’t belong in the black community here and maybe all I am is African. I carried this mentality with me throughout high school and even though I was never bullied during those years, I was often told that I was an “oreo” or that I wasn’t “black enough.” Sometimes I think that those comments are even worse than experiencing discrimination from another race, because it comes from people who look like you and people who are in your race.

Coming to UF has opened my eyes and showed me that what I have experienced in the past doesn’t exist everywhere. I have been welcomed into the Black community on campus and have had the opportunity to get involved with the Black Student Union, which is so important to me because it has been something that I have wanted for myself for so long. I think it is so important to embrace your culture and who you are, but I always keep in mind that to a stranger, I may just be another black girl, not a Nigerian black girl or anything that is different from just black. 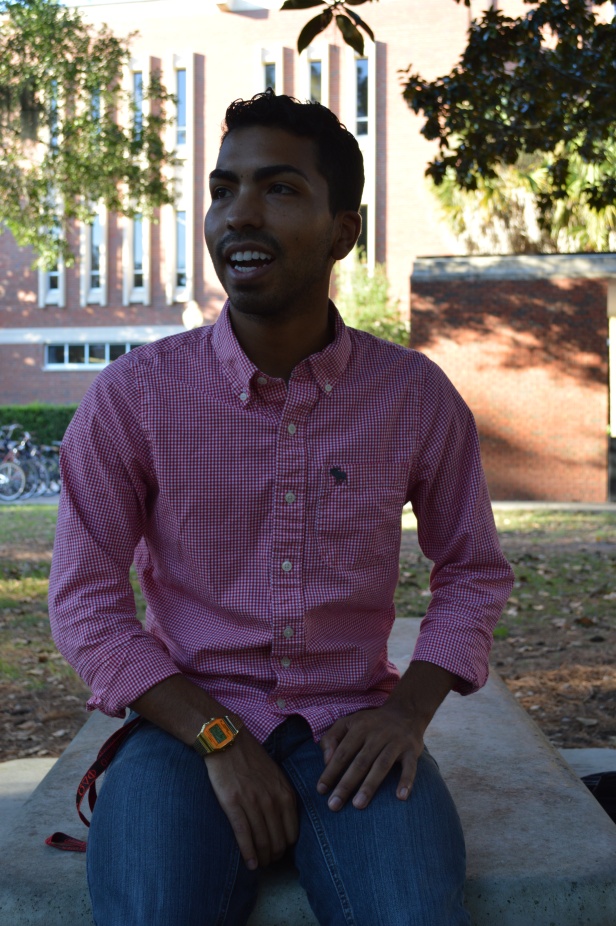 When I think of everyday racism, I can’t help but think of dating and the way it has affected my sexuality. Growing up,  you always hear of women lightening their skin. However, when I was in high school,  a predominantly white Anglo-American high school, I developed so many internalized feelings of wanting to fit a certain beauty standard, that I tried bleaching creams to make myself seem attractive to other men. It was difficult because I was one of the only queer men at my high school and probably one of the only queer men of color. Then came my first year of  college, a time that     I spent obsessing over finding a partner. Thinking back at it, I can’t even remember why I was so obsessed with the idea, but I do remember that when I was high school, all I looked forward to was the idea of dating in college.

When I finally entered University, I found myself dating white men. It was different. We lacked common ground and I was constantly faced with microaggressions. An experience I remember most strongly was when I was in an intimate relationship with my partner and right after, he exclaimed, “You’re so dark.” I brushed it off in the moment but for days after, I kept thinking to myself, “How did I get so dark? You used to be so much lighter in high school? What happened?” Eventually, it got to the point where I had to end the relationship because I began to equate his words to who he was.

It’s hard, you know, to be at a school, where there are already few queer people to date and then to have to be further marginalized    by your color. Even amongst the queer community, you can see how individuals marginalize each other by saying that they don’t want Asians or Blacks or Latinos or anything that isn’t white. It’s not easy to see that or to hear those things. It’s because of these things that I now tend to be attracted to men of color because I feel like there is less of a chance that they will say something about my skin color or make fun of me ethnically or culturally. More specifically, there is an even stronger trend of dating Latino men because of relatability. It’s hard because I try to be as open and inclusive as possible, but those unconscious thoughts still impact me, and it all stems from that one interaction. The words he spoke only lasted 5 seconds, but have followed me throughout these past four years, into my senior year of University. 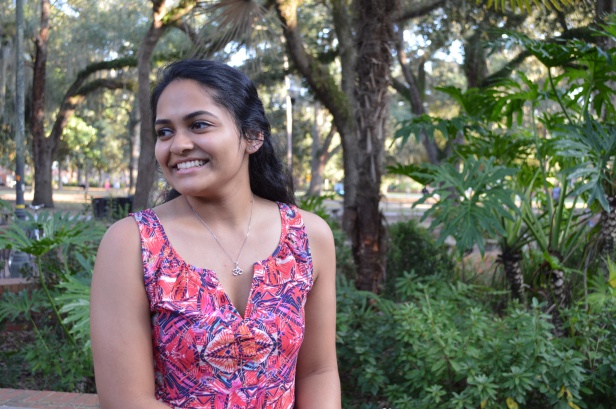 Expectations. Asian Americans. Model minority. Although it seems as if Asians are excelling in almost every field they set foot in, success does not always mean happiness. Being an Asian American, I can attest to the pressures and high expectations on us to do well in school and extracurricular activities. I am not saying that is completely a bad thing. It’s good to have the drive to do well and achieve anything we put our minds to. But where do we draw the line between success or happiness? The problem is that there is not always a clear line between success and happiness, as both can coexist or both do not coexist. Being branded with stereotypes like the “model minority” often times discourages feelings of  adequateness and self  esteem. It can be overwhelming with the societal pressures, and you may end up lost in your own journey of life. Inspired by a friend, far, yet so close to my heart, who suffered from the mental illness of  depression, I wish to take the time now to say don’t hesitate to ask for help. Mental illness is REAL. Do not ignore it. It doesn’t matter what race, gender, social status — every human counts.

Through my time here in the United States, I have encountered people that would make comments or jokes about me committing terrorist acts in situations as simple as presenting some form of a project in my science classes. Some people said these comments as jokes while others were more sincere about their comments. I found out through the years that the people that meant what they said when it came to the terrorist comments weren’t the people I should hang around with in the first place. In the meantime, I also developed a great sense of humor, because it was the best way to deal with the rest of the jokes. It is actually quite surprising that no matter where you go, some degree of racism still exists. Even on this campus, and many others like it in other states. No matter how liberal and tolerant the ideals are, here in America, it is still not enough to extinguish the flame of racism.

I believe that all forms of racism, bigotry, and prejudice stem from either misunderstanding or a failure to see the situation from the other person’s point of view. By educating and empathizing with other people, we can all become more tolerant towards each other. 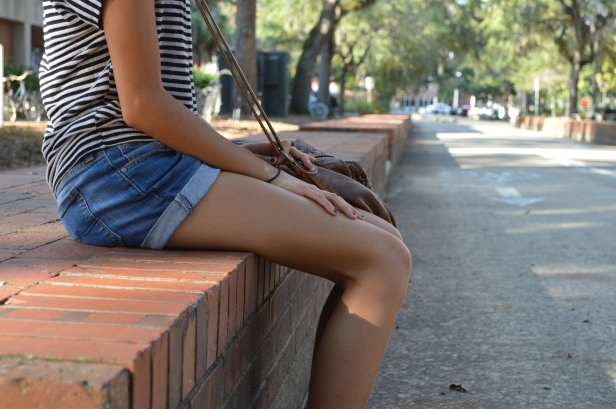 My grandfather was born and raised in Jamaica and first came to America in his 20s to further his edu- cation. When he arrived in Alabama, there was a clear divide between colored and white people in terms of bathrooms, water fountains, and every other public facet. On his first day in America, my grandfather, who is Jamaican-Chinese, went to drink some water and went to the colored fountain because that’s what he thought he was. A police officer immediately came from behind him and told him that he was to use the white one because from behind, my grandfather passed as a white man. Once he saw his face, he told him to stay at the colored fountain and to continue to use the colored fountain while he was on American soil. The police officer then demanded his passport and bombarded my grandfather with questions of where he was from and why he was here.

The respect the officer had for my grandfather as a human was lost in an instant. My grandfather told me this story when I was a little girl, but after all of these years, it is still something that has stuck with me and a part of my family and history that I carry.

Last year, my two roommates, who didn’t know I was home, were talking about the Mike Brown incident. They were saying that he should have died, and that the police officer’s acts were justified and if it were them in the officer’s shoes, they would’ve done the same exact thing. The comments and conversation I overheard were some of the worst things I have ever heard come from someone. I remember calling my parents angered and repeating, “Racism is real. I live with these people. They live right next to me.”

Experiencing white privilege, you never really realize what other races go through.

Nobody considers you different because you are the average in American society. When you’re white, you don’t see the obstacles other races have to experience. Like when you go into a store, you never have to worry about being followed around for shoplifting…you never have to live with the effects of a stereotype.

I personally never even considered white privilege or how it played a role in my life until I attended Gatorship.

You rarely realize what advantage you have, which I suppose is true for all privilege.

For me, it’s been one thing to read and hear about injustices due to race through media, but it’s been another to see the effects in my friendships. The majority of my friends aren’t white. Having these diverse relationships and hearing stories from my friends and the struggles they face on a daily basis, I have been able to define my privilege. Recognizing white privilege is important and something I hope to see with more individuals, especially students, because by acknowledging its existence, we begin to be part of the solution to resolve injustices.

A NOTE FROM KRISHNA NAIK, THE INTERVIEWER

Often, racism and discrimination are expressed and experienced blatantly.

The words and/or actions are purposeful and sting.

Other times, we experience the effects through stories shared and passed amongst family, friends and perhaps strangers.

This photographic journey, which captures the first and secondhand experiences of students, is an attempt to expose the harsh realities that can accompany one’s race in hopes of promoting awareness throughout fellow students and faculty members’ lives.

Although stories of the individual are powerful, it is when we share these stories and recognize their significance to all individuals that we, a society, become impactful towards change.