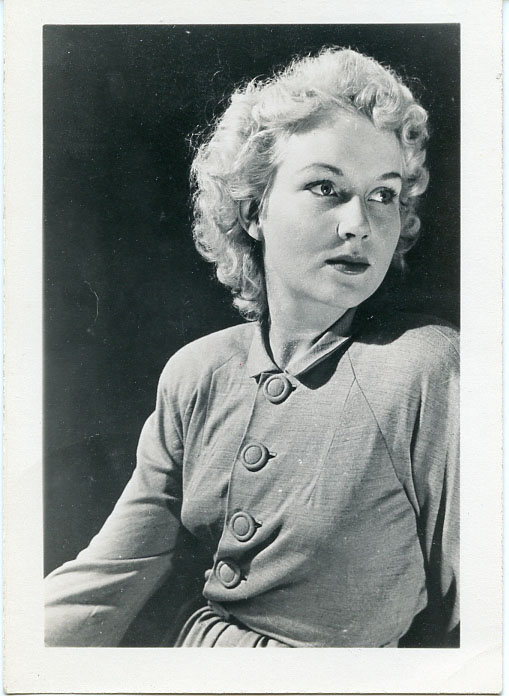 Mainstream America has two very vivid and ingrained impressions of the 1950s. They envision both Irving Howe’s “culture of conformity” (the white picket fence, the white docile wife, and the 2.5 children — in essence, the stuff that American Dreams are made of) and the fun-loving, fast-paced, no-nonsense Beatnik generation. In the 21st century, we tend to look to the Beats as the true romantics of that decade. People would rather read Ginsberg’s anarchist poem,“Howl,” than the Riesman’s analysis of the middle class “The Lonely Crowd.” Despite the Beatnik’s romance and intrigue, our mental imagery of it is fundamentally misguided. We think of Kerouac, Ginsberg, sex, drugs, machismo, and rebellion. We think of angst, the counter-culture, and vagrants. These are the concepts celebrated by the beat generation, but this is not the reason why it is skewed. We think about Neil Cassady, but what about Carolyn Cassady? In other words, what about the women?

Beatnik Women? Yes I know it sounds strange, but it shouldn’t. There were female Beatniks who contributed just as much (if not more) probing poetry, revealing novels, and harrowing autobiographical pieces than the towering figures of the era. Carolyn Cassady and Joyce Johnson held their own in the macho-aesthetic of the fifties, but unless you are an avid fan of the Beatniks these names will be unfamiliar. However, if I mention horror fiction, you would think Mary Shelly and “Frankenstein.” If I mention the 19th century, you would easily recall the Bronte sisters. Why, even though these women were prolific writers, were they swept underneath the cultural rug?

To answer the question, it is important to look at the gender dynamics of the fifties. According to the idiom of the time, men were men, and women were women.It was a world of hypermasculinity and patriacrchal norms, a place were the man was always the master of the house. This was a version of the fifties, depicting the culture of conformity. However, there’s a harsh reality behind the fiction. If a man was rowdy and acted up, he would typically be disowned and dropped on the streets. Women, on the other hand, would be punished brutally for their rebellion. Thus, it was harder for women than men to “cut lose”in this era. The rare rebellious women were still overshadowed by their male counterparts.

The argument has less to do with sexism and more to do with the reality of the Beat Generation, which academics didn’t take seriously until far after the fact. Some of the work produced by women, like men, was great, but most of it, like most of the work of the beat generation in general, was garbage. It was difficult for the women to even stay relevant. Joyce Johnson once said that:

“The whole Beat scene had very little to do with the participation of women as artists themselves. The real communication was going on between the men, and the women were there as onlookers… You kept you mouth shut, and if you were intelligent and interested in things you might pick up what you could. It was a very masculine aesthetic.”

It was a world that was hard to break into, and if it wasn’t for feminist scholars looking to analyze this period, many authors would have simply been forgotten. Yet, the best way to analyze the Beat Women is the same way we analyze all authors: individually.

Carolyn was the women’s champion, and the most prolific writer of the Beats. Her poem “Heart Beat” truly encapsulated the tumultuous nature of a generation in revolt, and she is the only beat women an unversed reader may have “heard of.”

From a young age, Carolyn was a creative, but not, originally, in the literary sense. Cassady was more interested in costume design, which eventually led her to the University of Denver, where she met Kerouac, Ginsberg, and her future husband, Niel Cassady. But just like the men of the fifties, Cassady was promiscuous, and is perhaps best known for her close involvement with all three of these men. This involvement garnered resentment for her in the Beat community, with many attributing her success only to her close relationship to the towering figures. Yet, Cassady was a brilliant author who contributed to the literary movement, even going so far as to write a real analysis of the generation, “Off the Road.”

I bring up Joyce Johnson as almost a counter-example of the “Women of the Beat movement,” as she is best known for her involvement with Kerouac, and her published Correspondence with him, “Door Wide Open.” Although she never really contributed anything that could stand on its own like Kerouac’s “On the Road,” and although she herself internalized the stigma against rebellious women, her correspondence reveals an interesting facet of the Beats.

While Johnson was dating Kerouac, his famous novel “On the Road” was published. It was a hit with  the counterculture, and Johnson found herself swarmed with attention as well. During this time, Kerouac began to fall apart, and his involvement with Johnson suffered as a result. However, Johnson published correspondence showed the facts revealed in an interview with Carolyn Cassady in 2008. In it, Cassady said that “as far as I’m concerned, the Beat Generation was something made up by the media and Allen Ginsberg,” further stating that Kerouac hated the image made for him.

Johnson may have been a cheerleader to those living in the Beat generation, but through a contemporary lens, she is more of a historian.

Despite their gender, the female Beatniks worked, grew, and loved under the same ideological flag. Rarely can a beatnik stand alone to represent their generation (hence why Kerouac could not stand his own success). It took all of them, working together, to forge the persona that would further inspire the counterculture of the sixties. However, the famous titans did not exist in a vaccum: they were influenced by the talented women in their lives. We cannot further internalize the false idea of a Beat generation defined exclusively by men and machismo. It was not a confirmative movement, and it had Men and Women alike. Carolyn Cassady said it best: “There never was any such thing as the Beat Generation…There were a lot of individuals doing their thing.”