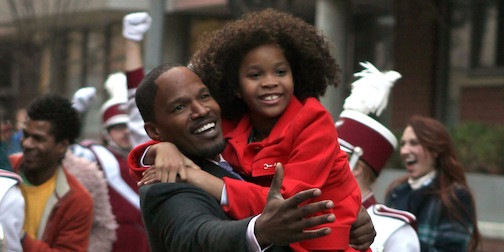 Although many believe that well-made and generally beloved movies should simply be left alone, studios remade many classic cinematic favorites throughout the years. Films such as The Parent Trap, Carrie, and The Mummy have all been remade for a more contemporary audience. One remake that has had everyone buzzing is 2014’s Annie. However, the talk surrounding this movie is not so much about the quality of the film, but rather about the difference in race of the main character. In the original 1982 version of the movie, Annie is a white, red-haired, freckle-faced orphan in New York City. In the contemporary version, she is also a little orphan girl in the Big Apple, but she happens to be African American. So what’s the big deal?

America is divided as to whether this new Annie (played by the very talented Quvenzhané Wallis) should even be Annie at all, considering that the “traditional” Annie is supposedly not justly represented. However, what is not being considered is the circumstances behind the original Little Orphan Annie comic strip and film, released in 1924 and 1932 respectively. In the early 20th century, the United States faced severe racial issues that silenced several minorities, allowing for a substantial white majority in media and popular culture. Aside from that, Harold Gray created the comic strip during a time when American reactions towards the Irish were less than friendly due to the stigma associated with the Irish still lingering from the 1800s. Common traits associated with the Irish? Curly red hair and freckles. Famous traits associated with Annie? You guessed it! Curly red hair and freckles.

Essentially, it made sense that Annie was a little orphan girl that nobody seemed to want; she possessed characteristics that were, at the time, completely undesirable. Now fast forward to 2014: different times with diverse attitudes and ideologies. There is more racial diversity among the population and a much greater tolerance of these individuals. Therefore, Annie’s change of race should not be seen as a dishonor to the traditional legacy that the original Annie established, but as a reflection of the diversity and acceptance that this country should pride itself on. Keeping the undesirable qualities of that original Annie in mind, one could also view this significant alteration as bringing to light the racial issues that may still be prominent in today’s society. Rather than unfavorable red-hair and freckles, modern Annie maintains qualities that may be seen as unfavorable in the African American community (“wild,” curly hair, for instance) as opposed to characteristics associated with the white community as demonstrated in the original Annie. In the modern movie, these qualities are instead celebrated and ultimately show the importance of loving oneself rather than focusing on the judgment of others.

Annie is one of many examples that deal with the importance of representation in the media. The media is an exemplary illustration of the racial inequality that persists within our society. It is particularly discouraging to see how infrequently people of color are cast in films and television shows. In fact, a study done at the University of Southern California shows that minorities are extremely underrepresented in films. Reports show that approximately 76.3% of speaking characters in movies are white, while the U.S. Census shows that the United States is only composed of 63% whites. Of those 63%, approximately 56% are movie ticket buyers, as reported by the Motion Picture Association of America. In terms of minorities, only 10.8% of speaking characters were Black, 5% Asian, 4.2% Hispanic, and 3.6% were composed of other ethnicities. Evidently, although minorities form a considerably large percentage of movie ticket buyers, they are still unequally portrayed and underrepresented within the film industry.

Allowing for more racial representation comes with several benefits that create an improved and more positive environment for those being represented. One of the most significant advantages of representation is the fact that those who can relate to a certain character of the same race are more likely to accept and maintain their own racial identity. This makes perfect sense: people commonly look to celebrities and entertainers to know what is “in” and suitable. But how would one feel if they could not identify with the people that physically embody what is acceptable in society? Discouraged would be an understatement.

Not only do abundant and accurate portrayals of minorities in the media allow for a greater sense of racial identity and consequently increase self-esteem among minorities, but it also creates a more complete depiction of the various races and ethnicities that make up this country. Also, greater representation allows for minorities to be portrayed in a more accurate light, considering that many false and usually negative stereotypes are seen as “true” simply due to the media’s role in repeatedly encouraging these stereotypes.

With all of this in mind, does it really matter if Annie’s race is anything other than white? The answer is yes; Annie’s race does matter. Not because of any particular negative associations with the race, or because of the adverse mentality that it is in any way disrespecting the original, beloved Annie. No, Annie’s race matters because it is allowing us as a society to be one step closer to representing those who’s roles in the media are often diminished and silenced. Successful personalities such as Oprah Winfrey, Beyoncé, Lucy Lui, Will Smith, Mindy Kaling, and many others, allow for future progress in popular culture in regards to representation.

Gabourey Sidibe, an Academy Award nominee for her role in Precious, stated, “If I get to see myself on screen, then I know that I exist.” The media continually refusing to represent and truly accept different races and ethnicities creates a system that our society reflects, thus diminishing racial identity and self-esteem. After all, accepting oneself is much easier when one can relate to those who have found success.