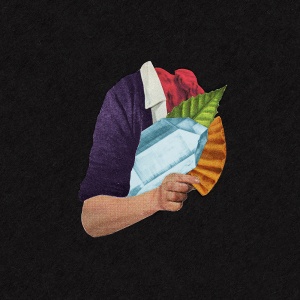 Listen while you read:

As the days wind shorter and the golden hue of autumn descends on Gainesville, I find myself seeking out music with distinctively chilled overtones. I don’t mean chilled to a freeze — no one wants to be bored with music — but music that effects a wave of warm solace. This year’s essential fall listening comes in the form of the eponymous debut EP by the Orlando duo SALES. Members Lauren Morgan and Jordan Shih conjure a set of tunes that is too brooding to belong to the languid winter months and vibrates more of a pleasant buzz than the energetic rattle of summer. In actuality, the EP is a formal collection of previously-released singles that date back to June of last year, but in this neat package the songs feel more at home – a home filled with warm rugs and tall plants and soft blankets, mysterious enough for the occasional intrigue. Layered vocals and humming guitars envelop punchy drums, melding into music that is sublimely in tune with the human emotional spectrum.

The music is empathetic; when Morgan coos on about making a change or a misunderstanding or even “Getting It On,” the listener becomes enveloped in her story as if her anxieties and frustrations and triumphs are all held in common. Indeed, she delves often into the current of modern life experiences and leaves enough vagueness to let the listener fill in the gaps. More importantly, this relatability is achieved through the deft contribution of Shih’s production. Previously releasing electronic music under the name JSHIH (yes, between the two of them they seem to have only found the Caps Lock button once), Shih brings his talent in the form of chugging percussion that keeps the music stirring where it otherwise might flag. Throughout the EP, there is always a hint of optimism. In “Vow,” Morgan calls out accusatively, as if she is confronting an estranged partner with the resigned conviction of someone who knows this isn’t going to work out. But amidst this, a sprightly guitar riff pierces its way into her psyche; maybe she’s better off without making a spectacle. Surrounding the major components, a certain enveloping buzz emanates from each hum and strum — a manifest reminder of the music’s emotional resonance. Fellow Orlando native XXYYXX (maybe they just don’t have lower-case letters there) joins in for an enchanting remix of “Toto,” an earlier single that carries the electronic angle quite well. Overall, the EP represents an exciting introduction to an up-and-coming duo that has the potential to go far. Luckily for us, says Shih in a recent interview, “This is just the beginning.”